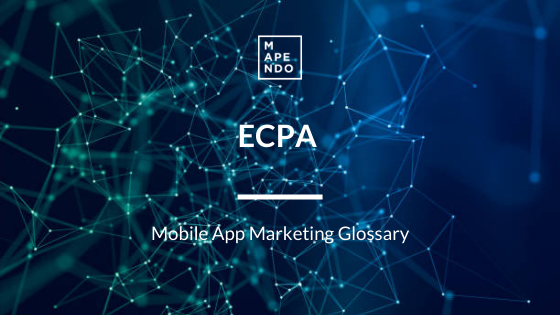 Payout models are one of the main aspects to consider in any app install campaign. Payout models are the different ways in which advertisers pay DSPs (Demand Side Platforms) or other media sources for their advertising activity. The two most common payout models are CPI (Cost per Install) and CPA (Cost per Action). Here we will analyze the first model, especially focusing on a fundamental metric, eCPI, or effective cost per install.

The CPI is the price advertisers pay the publisher (DSPs or other media sources) when a user installs and opens their app after having been influenced by the ads delivered by the publisher. In the context of payout models, it is mainly used to enlarge the app user base and to scale the number of installs, especially at the beginning of the app install campaign.

It is important to say that this price is not the same as eCPI, which stands for effective cost per install, and expresses the real price paid for each install. eCPI can be calculated by dividing the total spending related to marketing campaigns by the total number of installs driven.

There are several factors influencing payout models in general, and in the case of eCPI these are the main factors. The first one we can list surely is the users’ country or location, as CPI and eCPI are inevitably affected by the economic standards of the country: more developed regions will surely spend more for apps and in-app events and, as a result, the eCPI for these countries will be higher.

Together with this, eCPI is also dependent, among other factors, on the kind of app (for example, casual gaming apps usually have a low eCPI), the kind of channel (channels with a broader audience can have a lower eCPI) and on the different operating systems, as iOS users generally spend more in-app, so that the average eCPI for iOS is higher that the one for Android. This is mainly due to the fact that iOS is more widespread in countries with a higher GDP.

Why Is eCPI Important?

eCPI is a key metric to estimate for your app install campaign and it is actually often used as an optimization metric: let’s understand why.

What You Need To Know About eCPI?