Italian Startups From Italy to Silicon Valley: Listen To Mapendo’s Story On Made It Podcast 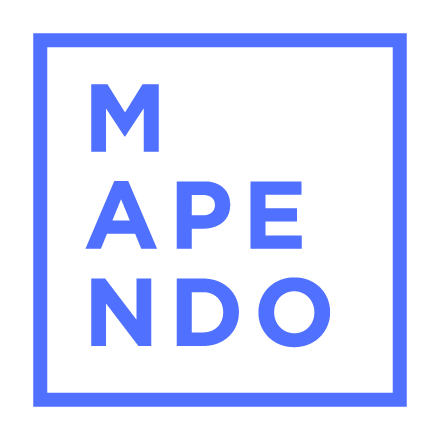 Blog
>
Marketing
>
Italian Startups From Italy to Silicon Valley: Listen To Mapendo’s Story On Made It Podcast

Some time ago, Mapendo’s founder and CEO Lorenzo Viscanti joined Inès Makula and Camilla Scassellati Sforzolini for their new Made It Podcast episode. Inès and Camilla have created “Made It Podcast” to showcase and talk about young Italian entrepreneurs and Italian Startups, revealing their origin story along with the secrets for their success.

During the episode, Lorenzo had the opportunity to speak about the birth of Mapendo, an Italian startup which leverages A.I. through its proprietary platform in order to promote the apps of international companies, based mostly in the United States. Mapendo, in particular, is specialized in mobile user acquisition, bringing new users to mobile apps; and especially bringing users who are more likely to spend their money inside those apps, making purchases and other in-app events.

Mobile user acquisition, and programmatic advertising especially, is a fast-growing industry, which relies more and more on A.I. in order to process a huge amount of data and to preserve users’ privacy at the same time. Big tech such as Google and Facebook are the biggest players in the market.

Inès and Camilla had the chance to explore the mobile app marketing world, asking questions about how mobile user acquisition can increase not only apps’ user base, but also companies’ revenues.

Indeed, an increasing number of app developers are relying on paid user acquisition in order to grow their apps, because companies like Mapendo are able to use A.I.-powered technology to target so-called high-quality users. As mentioned above, these users do not just install an app, but become loyal customers of the app business, generating revenue for app developers and advertisers.

A.I. Made In Italy

One major topic addressed by Inès and Camilla during the episode of Made It Podcast was the role of A.I. in the mobile user acquisition world and also in the Italian economy. Mapendo has built its A.I.-based technology in-house, with machine learning algorithms which process and analyze billions of data every day in order to deliver the best results to its clients.

A.I. is often perceived as an abstract and sci-fi concept, while instead it is present in many of our everyday activities and it represents the future of our economy.

Lorenzo also discussed with Inès and Camilla the potential of Italian startups developing A.I., which are making their way into the national economy and beyond. As a matter of fact, its A.I.-powered technology helped Mapendo, an Italian startup, to compete and work with international companies, based in the United States, Western Europe and South-East Asia.

Mobile User Acquisition is only one of the many industries that will be powered by Artificial Intelligence and Italian startups must leverage their skills and knowledge to keep pace with the technological advancements.

Listen here to the full podcast: