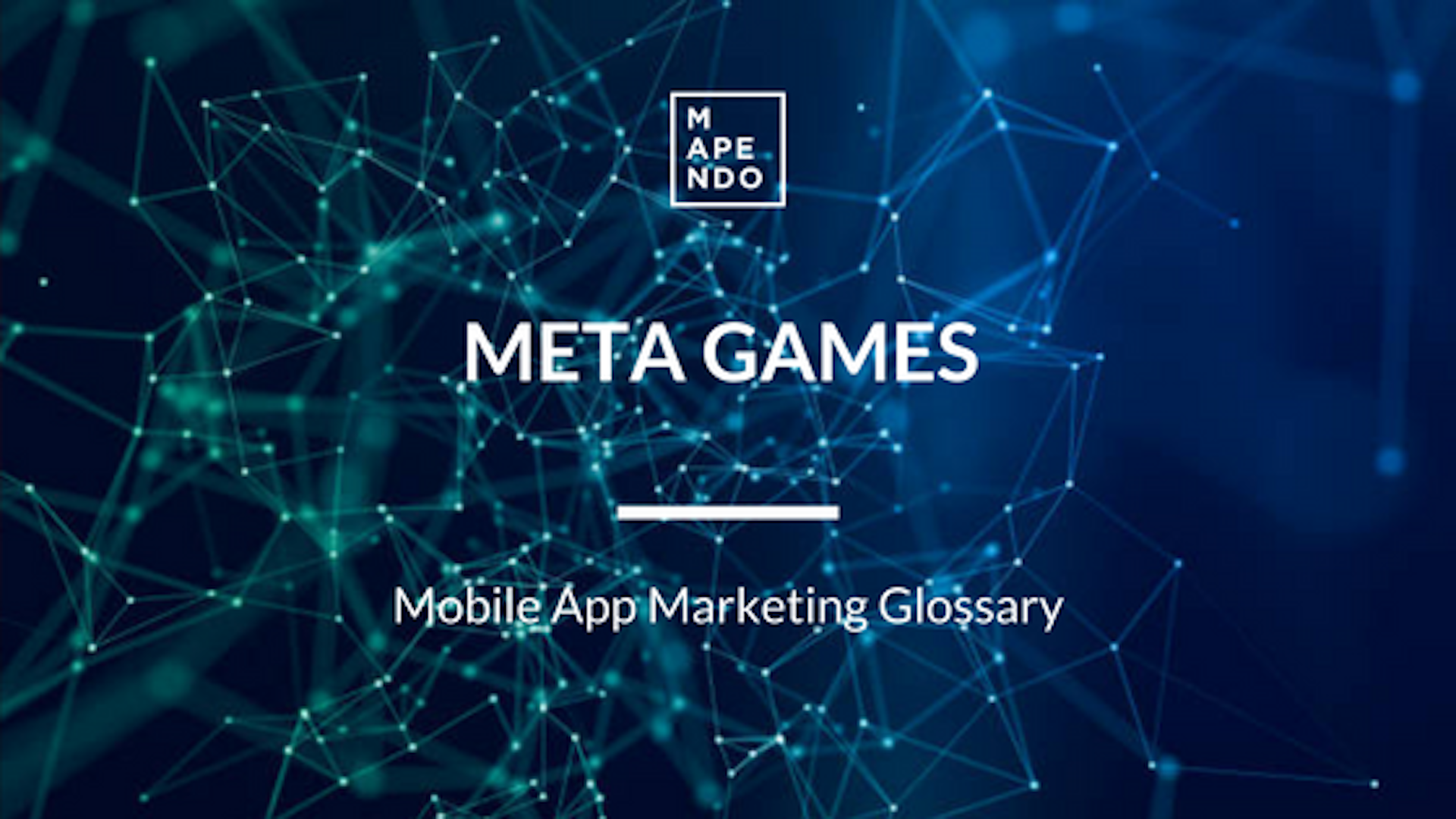 In mobile gaming, meta games are all the activities perceived as external or peripheral to the game, while being important to the game experience. The word meta refers to the parts of gameplay such as systems and loops that a player has to repeat in order to advance in the game.

What is a meta game?

A meta game is a term used in role-playing games in which often the strategies transcend the rules of the game. This genre represents the highest level of strategy in many complex video games, thus in metagame no single strategy is dominant and the opposing sides are aware of all the succeeding strategies. A meta game can gather knowledge based on the other players' viewpoints or from a dead character and it can change the behavior of the other players or decide on a character’s course of action.

They are created to provide long-term goals for players, which is also useful for the User Acquisition, because they are engaged in the game and want to take advantage of the strategies and the approach to determine which weapons, characters and maps you choose. The term meta game is used to refer to specific games like Poker and other complex card games, but in the last few years, it has also been used with relation to video games of traditional sports and team-based multiplayer games.

What do you need to know about meta games?