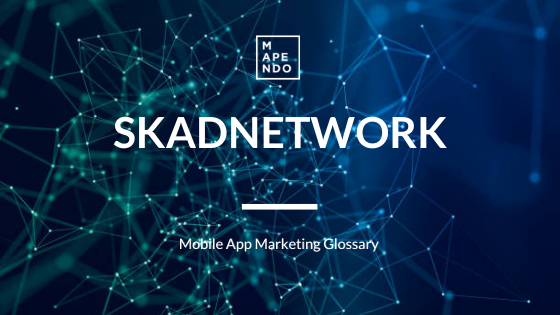 In mobile app marketing, SKAdNetwork has a big impact, and it is pivotal especially in the context of app install campaigns after the introduction of Apple’s iOS14 update.

SKAdNetwork is part of Apple iOS and allows advertisers to respect user privacy and measure app install campaign performance at the same time. It works without IDFA, which means it is a viable option in the cases in which users hide their IDFA, i.e., when they choose to opt-out in the ATT prompt.

Let's see how this works.

The publishing app displays an ad and notifies SKAdNetwork as soon as a minimum 3-second timer starts. If the ad is displayed for 3 seconds or more, that ad is considered a success. If the user then engages with the displayed ad, the publisher app sends the advertised app to the StoreKit. At this point, the user can install and launch the app within the SKAdNetwork mobile attribution window, and if they do, the install will be attributed to the ad network randomly within a timeframe of 24-48 hours.

Why is SKAdNetwork important?

SKAdNetwork is important because, in the post- IDFA world, SKAdNetwork is actually the only way to perform deterministic attribution when a user hides their IDFA.

Unless a user gave consent for their data to be used for tracking purposes, SKAdNetwork became Apple’s intended way for advertisers to attribute installs or post-install events to a specific app install campaign.

What you need to know about SKAdNetwork