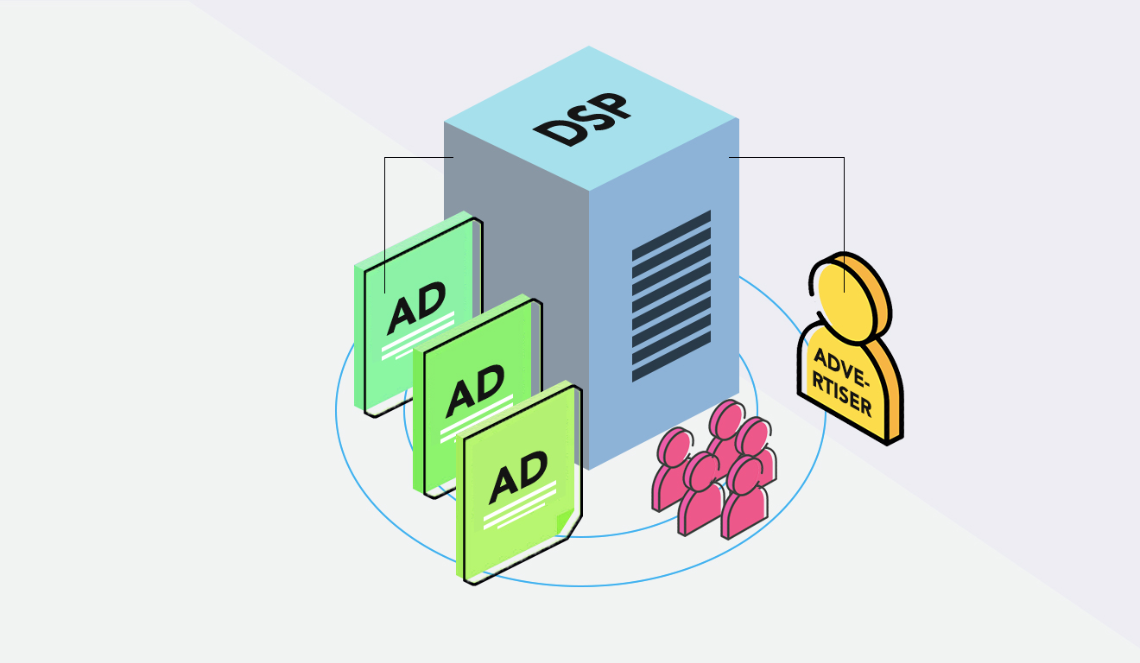 The mobile apps industry has been growing for years and due to the difficulty of making their own apps visible and used by users , developers are constantly looking for the best strategy to improve their mobile app install campaigns. Even though you could be supported by organic mobile traffic acquisition techniques, relying on paid user acquisition methods is still the best option if you aren’t well-known in the market. The traditional process includes contacting ad networks to find the right inventory of ad spaces for your needs, purchasing them and displaying the desired ads. It might seem like an unproblematic operation, but it can hide numerous challenges for marketers.

On the other hand, there is the opportunity to run programmatic app install campaigns through DSPs, platforms that have been created with the aim of enabling advertisers to simplify the media buying process. So here are four of the biggest challenges of paid mobile user acquisition that can be actually faced with the right demand side platform.

One of the main differences between demand side platforms and ad networks is the complete automatization of the DSPs, while on the other hand running ad campaigns through ad networks means doing it manually in part. In fact, one of the most important disadvantages of running your ad campaigns via an ad network is the need for developers to constantly keep track of the KPIs. That’s due to the fact that to always maintain the performance of your campaigns on the same level, you have to manually optimize them over and over again. This process is not only extremely tiring in the long run, but it also allows more potential mistakes made by manpower. Plus, statistics state that advertisers usually use an average of seven different ad networks to run their campaigns, which would not only make you spend more, but it would prove counterproductive as you would likely end up competing with your own bids for the same inventory.

By using a DSP for your programmatic app install campaign you are going to be able to save the most important resource: the time of your employees. For example — and that’s what we work with at Mapendo — a DSP is a self-optimization technology that doesn’t need human intervention to take care of your ad campaigns, letting you spend your precious time in more productive ways. Moreover, by relying on the right demand side platform, an only platform for your campaigns will let you save part of your budget on the fees that you would have surely paid to use multiple ad networks.

2. Confusing reports from your ad campaigns.

As you know, when you make use of ad networks, you need to utilize more than one to run your campaigns, getting you a performance report for each one. Let’s exemplify, for your ads you have chosen seven ad networks, which all manage the same campaigns that are configured with the exact same parameters. At the end you will have seven separate reports with different outcomes, even though they should technically have the same performances. The confusing result is an important barrier on the path of your mobile app install campaigns, which is called data fragmentation. Moreover, ad networks don’t always provide efficient and complete performance reports.

By using a demand side platform for your programmatic app install campaign, you will get a constantly updated version of the performance reports. Getting real-time insights is a game changer for your mobile app install campaign. It basically allows advertisers to understand whether an ad campaign is effective or not, making it easier to decide what to change or how to reorganize your strategy.

Mobile app attribution is the technology marketers use to create a relationship between any action (install or post install) and the source that generated it. The chosen attribution technology has an important impact on the number of conversions that can be achieved by an ad campaign and consequently on its ROI. Different attribution technologies can indeed detect divergent conversion rates for a programmatic app install campaign and it obviously determines a greater (or lesser) efficiency of the campaign itself.

In order to help a programmatic DSP’s algorithms to guarantee an excellent performance over time, you need to go for the technology that provides a more efficient and more constant performance measurement. For instance, even though iOS is bringing a lot of challenges after the coming of SKADNetwork, you can still employ probabilistic methods to get an estimate of the generated conversions from each channel in real-time. So, it is important to have a precise and reliable technology for the attribution, because it has a very strong impact on the conversion rate thus on the efficiency of the user acquisition activity. What are the factors that can determine whether a mobile app attribution is actually working? Above all they are strictly linked to the user IP address and to the connection used. For example, the campaign yield will be different if the user is connected to Wi-Fi or 4G/5G, but there are numerous other drivers that can influence the proper functioning of mobile app attribution technology. Clearly, those variants are a challenge for the campaign optimization, which has to be done in a more granular way, as is being able to efficiently do the DSP algorithm.

According to a DataVisor’s study of 2018, almost 25% of ad networks have fraud levels over 20%. Which means that marketers are currently wasting over $2 billion dollars per year on frauds. And it doesn’t matter which kind of ad networks you are using, there is no assurance that the mobile traffic produced by their sources won’t be fraudulent. This is without any doubt one of the biggest challenges for advertisers, because with a less programmatic ad campaign those fraud rates can fluctuate up to more than 50% within an ad network. Most of those networks can’t count on an integrated anti-fraud system, but even having one doesn’t mean that you are safe, because fraudsters can always find a way to come to you. Plus, the ad networks system is based on many intermediaries, which makes it quite easy for fraudsters to put their hands on your requests.

There is no platform that can completely erase this issue or be immune to it. Even using a mobile DSP can give you impressions that came from fraudulent sources, but it is less demanding to expose their doubtful nature. For instance, through the DSP dashboard (or the attribution platforms) you can measure your traffic quality by tracking the rate of post-install events. Obviously another major advantage of using a DSP for your mobile app install campaign is counting on only two participants in the media buying chain.

To conclude, the right DSPs can actually help you and your business to deal with the several challenges of your mobile user acquisition strategy, but what’s more important is that they can give you the lead of your mobile app install campaigns. In fact, they allow advertisers to stop relying on so many middlemen for their ad campaigns and to focus on the effectiveness of one platform which is completely driven by you and your needs.