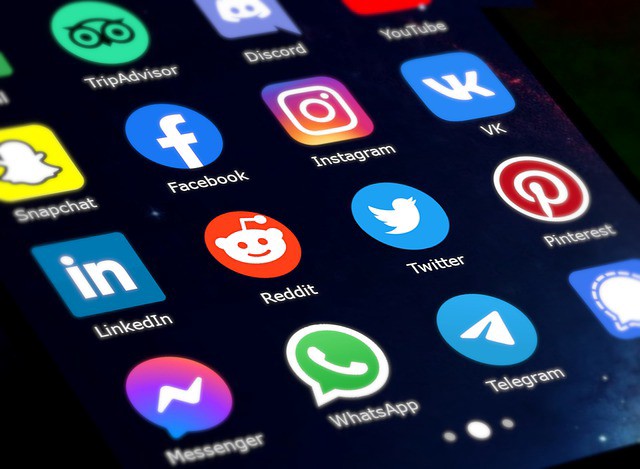 There are different steps and techniques that can help your app campaign optimization, and we will take a look at them here.

App campaign optimization is crucial today, probably more than ever, as there are always new competitors in the world of online marketing and mobile apps: to be successful, your app install campaign must target the right users and catch their attention. App campaign optimization needs to happen soon after the app install campaign has started, and to do so you need to monitor it and adjust it over time, collecting data and analyzing results.

Together with this, we must remember that the initial strategy set for your campaign may change for further stages, and may therefore need to be improved. It is important to analyze early results, choose the right technologies and marketing actions to increase your app user acquisition.

These are the main factors to consider for the set-up of a successful app install campaign:

What’s The Best Payout Model For Your App Install Campaign? CPI vs CPA

With a CPI (Cost-per-Install) campaign, advertisers pay ad networks and DSPs whenever a user installs and opens the app, driven by the ad shown.
In a CPA (Cost-per-Action) campaign, the advertiser pays the DSP (Demand Side Platform) or ad network only when users perform a specific in-app action selected by the advertiser (subscription, item purchase or order, for example).

CPI and CPA models serve different purposes, and they may also be switched depending on the stages of the app install campaign and the different objectives in time, always keeping in mind your main goal and app campaign optimization. This is what we mean.

CPI campaigns help grow the number of installs and the app user base, so it is important to include them in your app user acquisition strategy, at least at the beginning of the campaign.

Remember also that CPA app campaigns are economically less risky for the advertisers, as they have to pay media sources and DSPs only after users have performed a post-install action after the engagement with an ad, and therefore have already generated revenue.

But again, the choice is never unfixable, and the two campaign models can be switched or integrated depending on the results you get and the goals you are aiming at.

For example, even when running a CPI campaign, you can identify a post-install action that could be used in a CPA model and work for the app campaign optimization towards that event. After having collected insight from in-app events, CPI campaigns can help improve the app install strategy towards the most relevant actions.

So, choosing the right payout model and understanding if and when to switch from CPI to CPA, is one of the secrets of a successful app install campaign.

Programmatic Advertising vs Affiliate Marketing For Your App Install Campaign

When running an app install campaign, you can choose between programmatic advertising and affiliate marketing, that are the two main options in paid user acquisition. Understanding the differences between programmatic and affiliate marketing and deciding which one is more suitable for your campaign is crucial for you to run a successful app install campaign.

Programmatic advertising can be simply defined as

“The use of software to buy digital advertising. While the traditional method includes requests for proposals, tenders, quotes, and negotiation, programmatic buying uses algorithmic software to buy and sell online display space.”

For this reason, as it uses machine learning algorithms to collect data for a more precise targeting, programmatic advertising is efficient, measurable and unequivocal, which is a fundamental aspect to take into account when working for your app campaign optimization.

Algorithms analyze a number of different variables in order to understand which ad units bring the highest number of conversions: this increases the performance of the app user acquisition strategy and your ROAS.

With programmatic advertising and through the use of algorithms, you can target high-quality users, those that are more likely to interact with the ad, install the app and perform some kind of post-install event — that is one of the main goals if you want to run a successful app install campaign.

For example, through programmatic advertising you can target users according to some variables, such as the type of internet connection, operating system, location, and so on.

Algorithms in programmatic advertising also tell you which ads to hide and which ones to display, on the basis of the factors mentioned above, together with how to increase users’ engagement with them. Programmatic advertising basically helps app user acquisition as well as advertisers in giving them a better targeting ability and power.

On the other hand, another way of advertising mobile apps is affiliate marketing, which has become more and more popular as a new display channel for ads.

A fundamental reason for its popularity is the fact that it can help reduce costs for online advertising, as with affiliate marketing, the publisher receives a fixed payout for the actions they generated. This is economically advantageous for advertisers since they do not have to pay the affiliate the traffic that did not lead to conversions.

Together with this, we must remember that affiliate marketing does not work alone, but together with all the other channels chosen by the marketer, such as social media or search: this will have a positive effect on the final acquisition campaign. Affiliate marketing can therefore be a significant strategy for your app campaign optimization.

How Algorithms Help To Optimize Your App Install Campaign

After the launch of an app install campaign, you need to monitor your results to choose the best action to take next: a key element to do it is the use of algorithms. Many advertisers run their app install campaign with the help of DSPs, which use artificial intelligence and machine learning algorithms to gather data, analyze results, and therefore improve performances.

The analysis of data and early results is central in your app campaign optimization: through reports you can understand the strongest points of your campaign, but also the weaknesses and the aspects that need to be changed or improved. Data-driven optimization is crucial to adjust your app install campaign over time and ensure you are running a successful app install campaign.

Another important point for the set-up of a successful app install campaign is picking the right attribution technology, that is, the way of attributing results to an advertising campaign. The main model used in app marketing is Last Touch Attribution, which means that if a user has interacted with multiple ads, the install or the post-install conversion will be attributed to the last ad the user has engaged with.

However, we must add that clicks are stronger touchpoints than impressions. For this reason, in the Last Touch model, even if a user has engaged with the ad through an impression, but he had also clicked on the ad, the app install will be attributed to the click, and not the impression.

You may have a low number of conversions generated through clicks but a high one coming from impressions, so why don’t consider them?

These are the 4 key tips to keep in mind for app campaign optimization and for you to run an effective and successful app install campaign. Set your goals, decide which kind of campaign you want to run, and choose the best payout model between CPI and CPA.

Then, analyze your results with the help of algorithms, choose the right attribution technology — with particular attention to View-Through Attribution — and be ready to change your strategy at any point in the campaign. This will ensure your app install campaign is working at its best for your goals, and it is always optimized towards success.