Mobile Programmatic: What You Need To Know In 2021 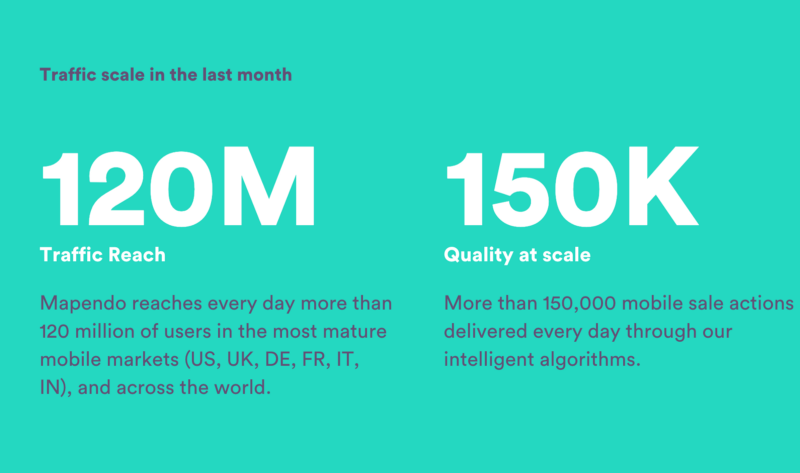 Blog
>
Marketing
>
Mobile Programmatic: What You Need To Know In 2021

‍Programmatic Media buying is a key part of the Mobile Advertising industry, and it has been since the dawn of digital marketing times.

According to a research by Statista, programmatic ad spend in 2020 reached the stunning figure of almost 130 billion dollars in the Us alone. Furthermore, is set to reach 155 billion by 2021. As the graph shows, those numbers are just the tip of a constant and exponential growth process.

Mobile programmatic comes as one of the most influential and reliable advertising channel for marketers, as it is suitable for many goals: from branding to something as crucial as user acquisition.

But programmatic is a broad digital marketing activity, as we know. We broke it down to understand what it truly is, what was and what it is going to be in the cookieless era we have just entered.

What is programmatic advertising?

Programmatic advertising is an automated technology for media buying.

And what does it mean?

Over the years, programmatic has become a standard in the mobile and digital advertising landscape. It has made an “ancient” process easier, as before its existence, advertisers use to request proposals manually, negotiate wit the owner of the space and then strike a deal. This process could get tedious at times, complicated and time consuming.

Programmatic technologies have automated this process. Advertisers now can create campaigns on a bigger scale, in an easier way and with much more accuracy.

Being completely automated and digital, programmatic advertising is based on data, insights and statistics to distribuite ads in the best and most efficient way, with the goal of hitting the right audience at the right time.

Mobile programmatic requires two sides to work: DSP and SSP. The first is the one that looks to place the ad, while the other offers the space for the ad to be placed. This dichotomy has been around forever in advertising, but now, instead of having two sides physically meet and discuss, there is a software.

DSP and SSP: what is their role?

Mobile programmatic advertising is based on those two players negotiations, plus a neutral third party marketplace called Ad Exchange:

These three technologies allow for the purchasing of impressions at campaign-specific prices in order to optimize investments and reduce the number of irrelevant ads served.

Supply Side Platform and Demand Side Platform sort of represent the traditional players in the advertising environment: the first is the space in which the ad is placed — think of television, magazines, radio — and the latter is the brand that need to advertise and achieve goals.

The Advertiser role in programmatic advertising

The advertiser is a brand or app developer that wishes to advertise their product or app. They seek to buy advertising space in the right places to get their ad seen by their target audience.

They reach out to DSPs to help them place their ads in the right places, with some KPIs and clear goals in mind. The advertiser can have different goals: from user acquisition to purchase to retargeting.

In mobile programmatic, the advertiser’s goal is to maximize investments: working on a fixed budget, marketers need to test their campaigns — and get results — before they decide to invest more money.

The Publisher role in programmatic

As we mentioned earlier, in programmatic advertising the negotiation of the ad space is done digitally and the transaction happens automatically — sort of — on a per impression basis via a real-time exchange.

Publishers set some criteria that need to be matched:

Given the publisher rules, the advertisers can choose whether or not that particular ad space is worth its price by considering different things: price, ad types, data.

The power of mobile Programmatic

Mobile Programmatic advertising can be extremely powerful. By connecting data and creatives, marketers can ties ads into larger networks that provide more holistic insights into that individual’s data profile and obtain a great ROAS.

With programmatic, marketers can expand the reach of their messages without spending too much money. Especially on Facebook or Google, scaling is harder — as volumes get bigger, ad costs gets way way higher — while with programmatic the cost stays affordable.

Media Buying in the digital era

The traditional approach to buying adverts has somehow been the same for years now. What technology and innovation does is not always to completely disrupts things that we are accustomed to; most of the time, is about improving what we already know by making it easier.

The advent of programmatic advertising has done just that when it comes to media buying.

Instead of spending a lot of money and time on a single ad that will be placed somewhere, programmatic has favoured a shift towards planning and optimizing. Via data gathering and analysis, advertisers and marketers can focus on choosing the rights channels among many, the right creatives and the profitable bid.

In one sentence: programmatic makes it easier to decide, as data come in handy.

Furthermore, traditional offline media are also undergoing a major digital transformation. You can see a nice example of this in the 2020 eurocup!

Ready to grow your app with Mapendo ? Take a look at our most recent success stories!

So far we talked about the players in the programmatic field, without mentioning the different nuances of market negotiations. Once again, programmatic technology is here to help and optimize older processes of human interactions; this is done by leveraging three different ecosystem: open marketplace, private marketplace and private deals.

The Open Marketplace is an ecosystem for ad buying and selling that is effectively open for anyone to engage in real-time bidding, RTB — we’ll se more on that later — .

And by the way, RTB is not synonymous with programmatic ad buying, as someone can wrongly believe. But RTB networks, including the Open Marketplace are the most popular ecosystem containing DSPs and SSPs.

Think of the open marketplace as a competitive auction, where anyone can jump in and make and offer. The one that is willing to spend the highest amount of money on each impression gets the ad published.

In Private Marketplaces the relationship between publishers and advertisers is “closer” compared to open auctions. This makes it easier for publishers to track and for advertisers to make sure they know where their ads are shown.

During programmatic private deals, the ad company usually accepts an offer from the publisher directly to buy the inventory at an agreed price for a predetermined amount of time. The negotiation is “one on one” and can be long term.

This type of deals allow marketers to be sure that their ad is shown on publishers websites and in key website areas.