Real-Time Bidding Explained: What It Means and How This Form of Programmatic Buying Will Enhance Your App Install Campaign Performance 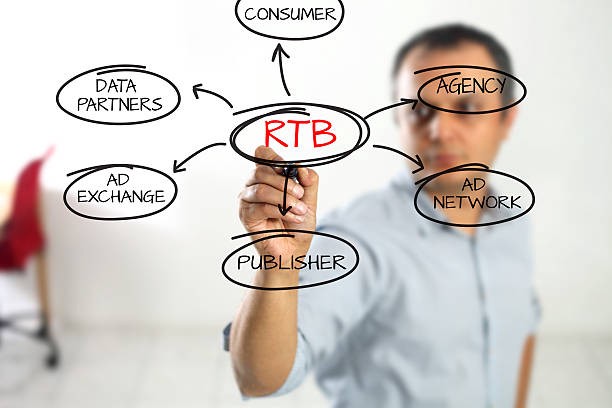 Blog
>
Marketing
>
Real-Time Bidding Explained: What It Means and How This Form of Programmatic Buying Will Enhance Your App Install Campaign Performance

Real-time bidding (RTB) is a word that is being used more and more, but not everyone knows what it really means. It refers to the world of digital advertising and the purchase of traffic on the internet and it is:

“a means by which advertising inventory is bought and sold on a per-impression basis, via instantaneous programmatic auction, similar to financial markets” -(From Wikipedia)

It is used for app install campaigns, web campaigns and other types of digital advertising.

Why is it being talked about more and more? Because it is getting bigger and bigger, real-time bidding’s share of advertising is 3 times bigger than it used to be 3 years ago. It is a big deal and advertisers need to know what it is and how it works because it is becoming more and more popular and essential for a programmatic app campaign.

One important thing to specify is the difference between RTB and programmatic advertising because the two terms are often used interchangeably, but they are not the same thing.

Let’s start from the beginning saying that Media Buying is the process of buying advertising spaces. Then there is Programmatic Media Buying or advertising which is the automatic process of buying advertising spaces on sites & apps that uses data insights and algorithms in order to buy traffic and generate sales for a given online service. Programmatic media buying includes Real-time bidding but also guaranteed direct buying, preferred bids and private exchange buying.

Real-time bidding (RTB) is a form of programmatic media buying that refers to the practice of buying and selling ads in real time on a per impression basis in an instant auction. It is used in a programmatic app campaign.

Let’s now look in more detail at the players involved in Real-time bidding and how this type of programmatic media buying for app install campaigns works.

The actors involved are:

How Does Real-Time Bidding (RTB) Work? The Process in 3 Steps

Within the context of app install campaigns, advertisers bid on ad inventory at the impression level in real time, and the highest bidder for that particular impression wins the impression. Like ad networks, they partner with app developers and mobile website owners in order to show ads to their users. They provide full transparency as to where the ads are shown, and the quality of their traffic is usually good.

To make the process behind the operation of RTBs clearer, we can divide it into 3 steps:

Importantly, the whole process takes just a few milliseconds and is all programmatic. This is very convenient to use when you run an app install campaign.

There are 3 different types of traffic acquisition or ad placement within these RTB exchanges:

The payment method is the CPM (Cost per mille) which is:

“a measurement used in advertising, estimating the cost per 1000 views of an advertisement” - (From Cambridge Dictionary)

RTB is an effective way to run a programmatic app campaign and brings numerous benefits to an app install campaign for both advertisers, publishers and all those involved.

It enables advertisers to complete more efficient and targeted purchases, allows them to optimize impressions, narrow targeting, leverage new insights and trends based on user behavior. Also, one of the main pros of RTB is the transparency of the process.

For publishers it is effective because it allows them to increase revenue because in an RTB auction there is a high number of buyers and therefore more competition and higher prices for their ad inventory.

So, in the context of a programmatic app campaign, the main advantages of Real-time bidding are: automation (because it makes the process quicker), reach (since RTB offers the largest pool of world’s demand), and transparency.

Quick and easy, isn’t it? You may be wondering “How was this done before programmatic media buying?!”

Well, before real-time bidding, advertisers would pre-purchase all advertising inventory from publishers for their app install campaign. Then advertisers would search websites to buy advertising space from where they thought their target audience would visit. A publisher would then create a media plan with the type of advertising units available, the price and the number of impressions they can deliver in a given period of time. The advertiser and the publisher would then sign a document called an “insertion order” which needed a signature.

Real-time bidding has offered a faster and more practical alternative to this time-consuming process because bids are made in online auctions in real time, thus avoiding the organization of direct agreements with publishers. Thanks to RTB, programmatic app campaigns are easier and faster.

Mapendo is a mobile DSP integrated with more than 10 exchanges, where we buy ad placements programmatically from SSPs. We are 100% specialized in new user acquisition and app install campaigns. Thanks to our proprietary technology we are able to automatically optimize the traffic towards install and post-install events relevant for our clients and aligned with their business KPIs. Our algorithms are able to assess billions of impressions and give a response in milliseconds. In addition, Mapendo is a fully managed performance-based DSP, which means that our clients pay only for the results that we are able to deliver such as installs and in-app events (i.e. purchases, deposits, first ride, etc). Furthemore, fully managed means there is a team of experts who will take care of every aspect of your programmatic app campaigns, from the set-up and the launch to the optimization.