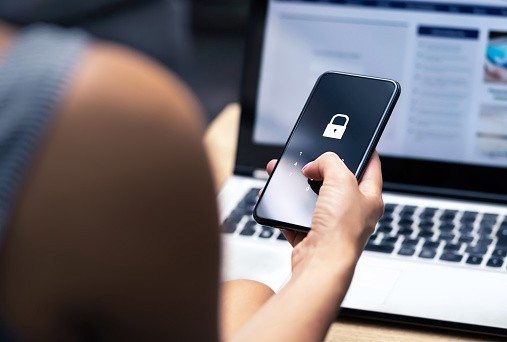 2021 has been a pivotal year for the world of mobile app campaigns and user acquisition, and new privacy rules are one of the major changes that reshaped the industry. Apple’s release of iOS 14, along with its restrictions over IDFA tracking, has made app developers, advertisers and publishers enter a new privacy-centric era. So let’s try to recap what’s happened and shed light on the biggest changes.

Apple’s iOS 14 update has inevitably led to major changes concerning user privacy. Since iOS 14, each time they open an App, iPhone owners are able to decide whether or not they want to allow the app to track their activity across other companies’ apps or websites. If they decide not to be tracked they hide their IDFA, Identifier for Advertisers, which is the identifier that Apple assigns to every single device. The IDFA is fundamental for deterministic attribution.

So, iOS users can now essentially choose to opt-in or opt-out thanks to the new ATT prompt. If they opt-out, IDFA data will not be available, and advertisers will lose their ability to track the device.

Given the growing concern about privacy that we have been witnessing for some years now, there is no need to say that the vast majority of iOS users choose to opt-out. Thus, their IDFA data will not be available, and advertisers will lose their ability to track your mobile habits and target you with ads that could generate a consistent revenue for the advertisers.

It is true that some users still choose to be tracked: in this case the IDFA stays visible and personal data can still be tracked as long as users opt-in on both the app publisher and the app just downloaded; but it has to be said that this is really a tiny minority.

We are thus in the so-called “post-IDFA world” where acquiring users is not that easy anymore.

In the context of mobile app install campaigns, there are two major issues that need to be addressed: firstly, attribution tracking becomes harder and harder; secondly, there is a need to manage campaigns without look-alike audiences . Regarding the first point, after almost a year now since the launch of Apple’s latest update, it has become clear that the probabilistic attribution model continues to be a valid option in terms of efficiency. Concerning the second issue, a suitable solution still needs to be found, although there are a few ideas on how to address it. For instance, already before Apple’s updates, tests had been carried out on campaigns without look-alike audiences with good results in terms of efficiency and reduced costs.

Before iOS 14, LAT (Limited Ad Tracking) was the main way in which iOS users could opt out of sharing their IDFA. So, before the introduction of ATT and SKAdNetwork, tests had already been carried out with these limited ad tracking technologies, pretending not to have IDFAs visible and therefore no possibility of tracking users.

User privacy must be considered as something that companies have to tackle. Companies are, indeed, considering new User Acquisition strategies in order to cope with this change and stay in line with the times.

And a tool that is going to be more and more fundamental for companies is artificial intelligence like machine learning algorithms, because, in the light of the information we have left, campaign optimization can only be carried out efficiently by algorithms.

Briefly, the post-IDFA world is challenging for both advertisers, and app developers who will now have to reassess their monetization strategy.

We have already mentioned the ATT prompt, but let’s dive deeper. What is ATT? It is an acronym for App Tracking Transparency which is simply the user authorization request to access app-related data for tracking the user or the device. The ATT prompt pops up on the screen every time an iPhone owner opens a new app, and we could say it is the big news of iOS 14 update. In fact, before iOS latest update, tracking was allowed by default and most people were not even aware of it. The user could similarly deactivate the tracking in their device settings, but now he is asked immediately through the ATT prompt whether he wants to allow tracking or not, so it is more explicit.

The opt-in rate (i.e. the number of users that still allow apps to track their activity) is generally low. But things differ from app to app: for instance, there is a consistent gap between non-gaming and gaming apps. Regarding non-gaming apps, especially the ones that have a strong brand affinity, there are higher levels of trust and opt-in rates rise. Furthermore, there are ways to increase the opt-in rates for your app: choose when to show the ATT, use a pre-ATT prompt, customize the purpose string, use post-ATT reminders, and boost your brand affinity.

The ATT consent request impacts Attribution Models for Mobile App Install Campaigns. Consequently, advertisers have to use alternative solutions because they can no longer track the IDFA and therefore use deterministic attribution.

And this is where SKAdNetwork comes into play. SKAN, StoreKit Ad Network, is a privacy-centric API operated by Apple which helps ad networks and advertisers measure their ad activity, like clicks, impressions and app installs, on an aggregated level. It uses a 6 bit system where users are graded from 0 to 63 based on the event they’ve accomplished (installation, sign-in, in-app purchase) and this allows advertisers to know the quality of users they are converting.

It provides deterministic mobile attribution results in the case of paid app-to-app campaigns. However, this system has a few limitations such as lack of ROI and LTV data and timer limit.

When it comes to SKAdNetwork, there are pros (particularly for users) and cons (mainly for advertisers). Among the advantages there is the fact that there is more privacy for users: SKAN allows their installations and events to be tracked without giving away personal data. Disadvantages, instead, include the fact that mobile attribution is not in real time, but it is made randomly with at least 48 hours delay.

Like we stated before, within the context of mobile app install campaigns, one of the two major issues that we need to face has to do with mobile attribution. We have already explained how SKAdNetwork provides an alternative to deterministic attribution where users choose to opt-out the IDFA and therefore they don’t share personal data with an app.

When a user does not share their IDFA it is not possible to establish with certainty that a specific campaign drove an install. There is a set of probabilities that one or more campaigns drove the install.

So, how does it work? Probabilistic attribution is based on patterns and relies on machine learning to identify probable conversions. MMPs look at parameters (i.e., time of click, time of install etc.) and these parameters allow them to make an estimate of the source of an install for a few hours after a click.

After almost a year since the introduction of ATT and SKAdNetwork, it is noted that the probabilistic method still works well and is a valid alternative to SKAdNetwork.

It is important to clarify that all these changes in user privacy and user tracking are not just about apps and iOS IDFA and ATT, they also affect the mobile web. It is a big change that extends to all aspects of web browsing, since users are starting to value their privacy more and more every day and companies are responding to this need for protection.

Another term which has started to be used for some time now when talking about this topic is “cookieless”. But let’s start from the beginning. A cookie is a piece of data from a website that a web browser stores, and the website can retrieve the next time the user opens that website. In a way that when users go back to that website the cookie allows advertisers to display targeted content and personalized settings. It stores information like preferences, credentials, etc. and advertisers use cookies to better target ads, based on user activity tracking.

Thus, both Apple and Google are making efforts with regard to user privacy. Apple limited the tracking of the IDFA, Chrome is supposed to become cookieless in 2022 (meaning they won’t allow third-party cookies) and Mozilla main goal is to build an Internet that puts people first.

As we have already mentioned in the previous paragraph, this is a change that not only involves Apple.

In the light of the changes made to iOS in the latest update and considering users’ increasing demand for privacy, Android is also making changes. Google’s announcement of Android 12 proves it. The goal is to put “privacy at the forefront while taking into consideration the impact on developers”. Android 12 marks a turning point compared to previous versions of Android 10 and 11.

The most relevant updates concerning user privacy are indicators and toggles for your microphone and camera, the new Privacy Dashboard, update to location permissions and App Hibernation.

Android 12 will also feature a Quick Delete button that will allow users to quickly delete the history of searches made in the last 15 minutes with a tap from their Google account menu.

Thanks to the new Privacy Dashboard you are able to see every single app that have accessed your microphone, location, camera and for how long.

In Android 12, Google does not allow third-party apps to set themselves as the default share sheet.

That’s a wrap on the key changes that have shaken up the whole app marketing industry! Now it’s up to advertisers, app developers, publishers and marketers to face the new privacy-related challenges and achieve success.