Mobile User Acquisition: The Best Strategies To Grow Your App 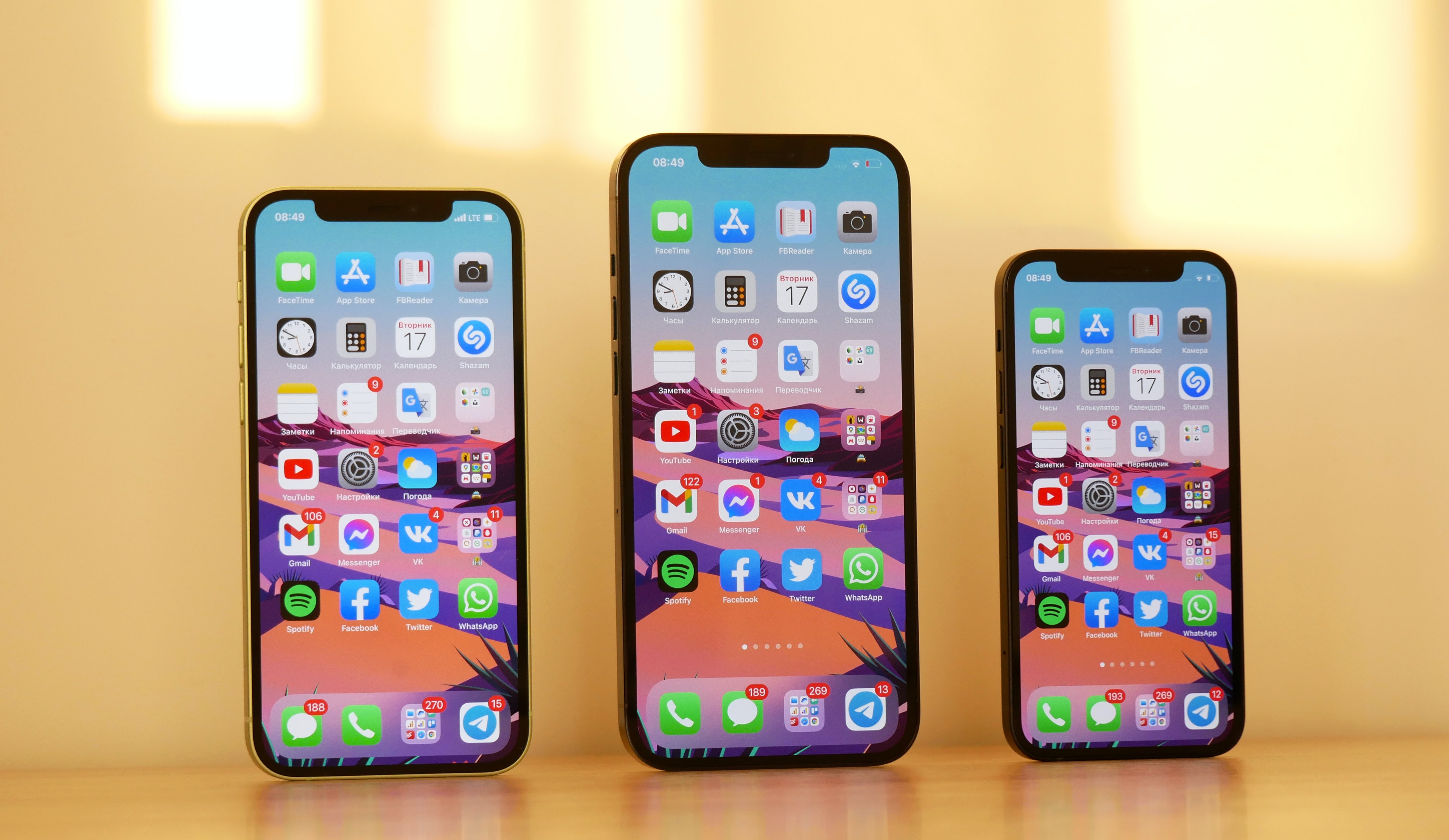 In the mobile marketing world, app install campaigns play a crucial role in the user acquisition strategy of every app developer. The app industry is growing faster and faster as shown by this data reported by Business Of Apps: in 2020 there were more than 140 billion app downloads. Given this highly competitive environment, how can you grow your app user base efficiently and generate revenue for your business at the same time ? That’s where app install campaigns come into play.

Let’s take a look at each one of them.

Google Universal App Campaign uses its machine learning technology to allow you to run app install campaigns through their platform and to display them across all of their channels such as Youtube, Search Ads, Google Display Network and many more. Running app campaigns through Google Universal App Campaign requires only a few simple steps to begin. You can set-up the app install campaign within your Google’s account, selecting your app and its platform (iOS or Android) and providing the following details:

Then you are ready to kick off your app install campaign but don’t forget that you have to constantly monitor and optimize it after the launch. Indeed, you should monitor real time results, change the budget if needed, update and rotate your creatives and track post-install events. Actually, you can choose which post-install events you want to track before launching the app campaign. It is important to select in-app events that matter to your business KPIs and that allow you to analyze what works and what doesn’t within the user journey.

The choice of the in-app events to track is also linked to the goal you want to achieve with the app install campaign. In Google Universal App Campaign, you can run both CPI (Cost-Per-Install) and CPA (Cost-Per-Action) app campaigns. But keep in mind that in both cases you can choose a bid amount you are willing to pay for the payable event you decide but there is not a fixed price, so the price you are going to pay will depend on your budget and on the competition.

Like Google, Facebook provides its platform in order to run app install campaigns, and the set-up process is quite similar. Indeed, you can choose the goal of your mobile user acquisition strategy, the budget, geographic locations, the bid amount and finally upload your creatives. In addition, you have several more options about targeting. For instance, it is possible to target audiences whose personal data are already in your database or you can implement Facebook broad and detailed targeting options.

Furthermore, you can create lookalike audiences through Facebook platform by uploading data you already have and letting Facebook match those data with the ones of its users. However, after the release of iOS 14.5 and Apple’s introduction of ATT and Skadnetwork, this process works only if users give consent to have their personal data and activity tracked across different apps, including Facebook. And the rate of users who opt-in to the ATT prompt is expected to be very low compared to that of users who opt-out. Therefore, in the post-IDFA world, you can still create lookalike audiences through Facebook but with a limited amount of data you will have small size audiences, thus reducing the strength of this tool.

The third example refers to another social network, TikTok, which has recently hit the target of 1 billion monthly active users. This potential huge audience is the main reason why you should take TikTok into account when planning your mobile user acquisition and app install campaigns. Unlike Facebook, TikTok is 100% specialized in short videos, the only user generated content format allowed on the platform. Thus, the biggest change compared to our previous examples is that your creatives for TikTok app install campaigns will be only in the form of short video ads.

That’s why, beyond the settings about bidding strategy and the goals of the campaign, it is essential to produce multiple short videos and to make sure they are highly effective in driving installs and in-app events. Furthermore, TikTok also used to provide the chance of creating lookalike audiences but here, as with Facebook, TikTok must deal with Apple’s recent updates and the looming post-IDFA world. There will be lookalike audiences, created by matching your app users’ data with TikTok users, only when they give consent to be tracked across different apps.

They can be run by advertisers through DSPs (Demand Side Platforms), which deal with programmatic advertising. The overall process is the same as with traditional media buying, which involves advertisers and publishers who buy and sell ad placements to each other. However, everything is executed automatically, through software and ad exchanges. DSPs, on behalf of advertisers, buy programmatically ad placements from SSPs (Supply Side Platforms), which sell ad inventory on behalf of publishers. In Real Time Bidding exchanges, this happens in real time auctions, in which multiple DSPs place their bids in order to buy impressions on a CPM basis.

If you choose to run programmatic app campaigns through DSPs, you will negotiate with them the pricing model, which can often either be CPI or CPA. By working with a DSP, you will be able to buy ad spaces from more than one ad exchange. Even though some DSPs might work with different payment options, the programmatic app campaigns can be optimized towards a target CPI or CPA which advertisers can set as their KPI.

About the campaign set-up, advertisers can choose operating system, geographic locations, payment model and budget, and then DSPs start running the app campaigns with the creatives provided by advertisers and can use extensive targeting options such as language, Internet Service Provide (ISP), Internet Connection and many more. In addition, DSPs make use of their technology and machine learning algorithms in order to optimize the app install campaigns towards your relevant goal, be it CPI or CPA.

As for the creatives, there are many formats allowed by DSPs and exchanges for programmatic app campaigns such as banners, videos, interstitial ads and native ads. The most common ones are display, playable ads and rewarded ads. Displays are one of the most used ad formats for programmatic app campaigns, they can be of different sizes, have lower costs per impression and are not too intrusive. The only drawback is that after multiple times users are shown this kind of ads they tend to ignore them, developing a sort of blindness to similar advertising formats.

Playable ads instead give users who see them a sort of preview of the core features of the app which is advertised. They usually are displayed at full screen and last between half a minute and a minute. They are often used to promote mobile games and that’s where their name comes from. Finally, rewarded video ads are the ones that promise in-app benefits and therefore attract more users and have high engagement rates. As playable ads, rewarded ads are often used for app install campaigns which promote mobile games, aiming at acquiring high-quality users, who engage with the game generating also in-app revenue.

We’ve come to the end of our article and it’s time to draw some conclusions. Each mobile user acquisition solution described above represents a valuable option for your app campaigns and they are not mutually exclusive, so you can even combine all of them into one broad app user acquisition strategy. However, you should keep in mind that every solution serves a different purpose and you should choose the platforms that best suit your app install campaign goals.

Google, through its Universal App Campaign solution, allows you to reach probably the broadest possible audience, because the platform has access to all Google-owned channels and to Google Display Network, a huge network of publishers. Moreover, needless to say, Google search engine is the most used search engine in the world, with an estimated 85% market share, according to Statista. This means that there are approximately 2 trillion searches per year on the engine, that’s why it can reach a wider audience than any other platform can.

Instead, Facebook Ads Network can rely on its extensive amount of data about its users, from geolocation to online behaviour, birth date and personal interests. This allows Facebook algorithms to collect and analyze user data in order to provide advertisers with accurate and sophisticated targeting options. Nevertheless, recent Apple’s updates about privacy, such as the introduction of ATT (App Tracking Transparency) and Skadnetwork, have significantly reduced the amount of data Facebook can collect from iOS users. As a result, the overall volume of iOS users you can reach through Facebook app install campaigns has decreased.

Similar to Facebook Ads Network is TikTok platform, which leverages user data including age, language and interests in order to target the right audience for your app install campaigns. Finally, programmatic app campaigns run through DSPs combine very specific targeting criteria such as operating system and version, internet service provider, internet connection and many more with audiences and ad inventory available through multiple ad exchanges. Furthermore, fixed prices, both CPI or CPA, allow advertisers to know in advance the cost of their user acquisition efforts and the possible outcome, compared to Google and Facebook, which work with fixed budgets but variable payout models depending on the app install campaigns’ performance.

In conclusion, Google, Facebook, Tiktok and programmatic advertising are all powerful tools for running app campaigns and they can even be combined together or tested to assess the effectiveness of each one. It is essential though to set a clear and specific goal for your app install campaign in order to choose the solution that works best for your KPIs.